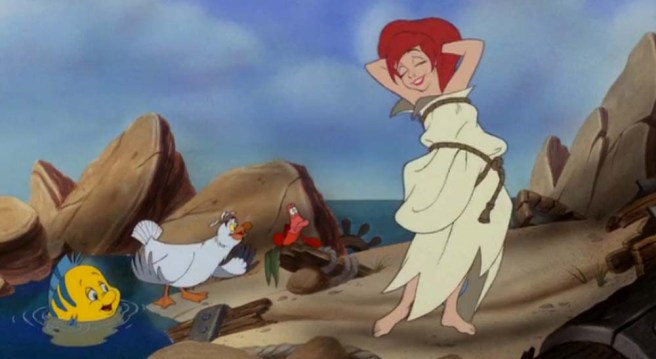 The fairy tale for which this site is named is a story about authenticity. The prince in the tale is searching for a “real princess.” We are told he finds plenty of royal daughters, but there is always something wrong with them, so he gives up and goes home.

A girl shows up at his door in the midst of a storm. The princess is not in a fancy dress; she doesn’t have servants or crown, but she claims she is real princess and she proves it by being by demonstrating extreme sensitivity. She is given a bed made of twenty mattresses with three small peas tucked underneath, and she is so delicate that she can’t sleep because of them. In this story, princess is a quality: refinement, sensitivity.

The question of authenticity is one that haunts me often as a writer, but it’s consuming me now more than usual. Am I a writer? If so, is it only because of my meager publications? Is a writer someone who has a book? A strong platform?

In an Italian variation of the tale, there are three princesses. The first is so sensitive that a single hair plucked from her head leaves her bandaged and suffering, but it is not enough. The second princess is made ill by a wrinkle in her bedsheets, but that is not enough either. The third princess is crying because a breeze blew a jasmine blossom onto her foot. The prince thinks about this for a while, and finally decides she is sensitive enough.

For this prince, the pea princess wouldn’t have even come close. The standards are always changing, the bar can always be set higher. Maybe the only way to avoid feeling like you don’t measure up is to stop letting others decide for you.

Forget the prince. Why should he get to judge? When the princess shows up at his door, she doesn’t ask, “am I real?” She says, “I’m a princess.”